Subfloors in our 96′ Winnie 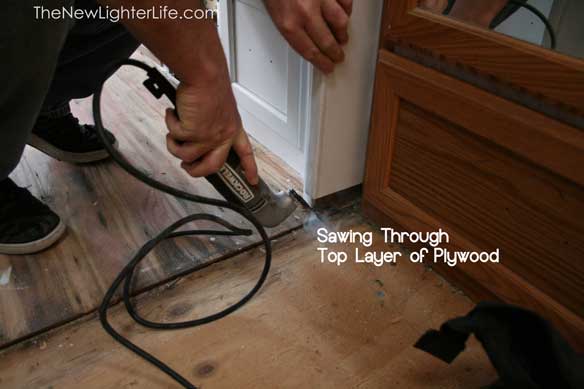 I promise, we are *almost* done remodeling the RV.  It’s taken longer than we’d hope and we’ve busted our goal several times.  In reality, we’ve been making pretty good time, just not up to our unrealistic goal.

The work that I’ve done over at the camper has had to be during our 2 littlest one’s naps. I’ve also sewed a bunch in our current camper with kids underfoot.  You know that’s about as efficient as brushing your teeth after eating an Oreo.  So the brunt of the work has fallen on Mark.  But we’re in the final stretch and it feels great!

I’m waiting to post a picture until it’s all complete because it looks pretty amazing!  Really amazing!

But today, I wanted to share about the subfloor of the camper.

The floor felt a little squishy in 2 particular places of our 96 Winnebago Adventurer.

When Mark removed all the carpet and linoleum, we saw that the plywood subfloor was actually cracked in those 2 spots.  We didn’t want to replace the subfloor because of cost and time, so we decided on bracing the floor. 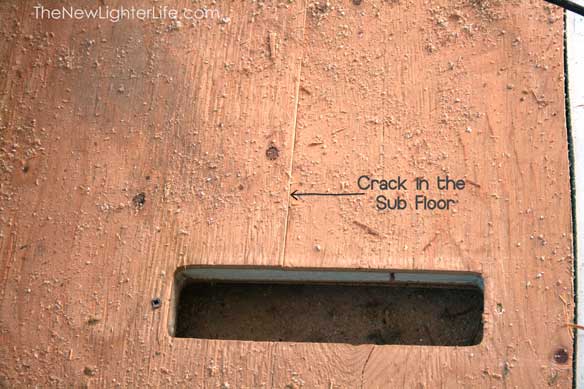 Mark and a friend cut up a portion of the floor and insert a 2X4 down through the underneath space to brace it better.  It worked like a charm, but the only thing is there were wires in that particular section.  Wires that were cut.  Wires that we still don’t know their purpose. 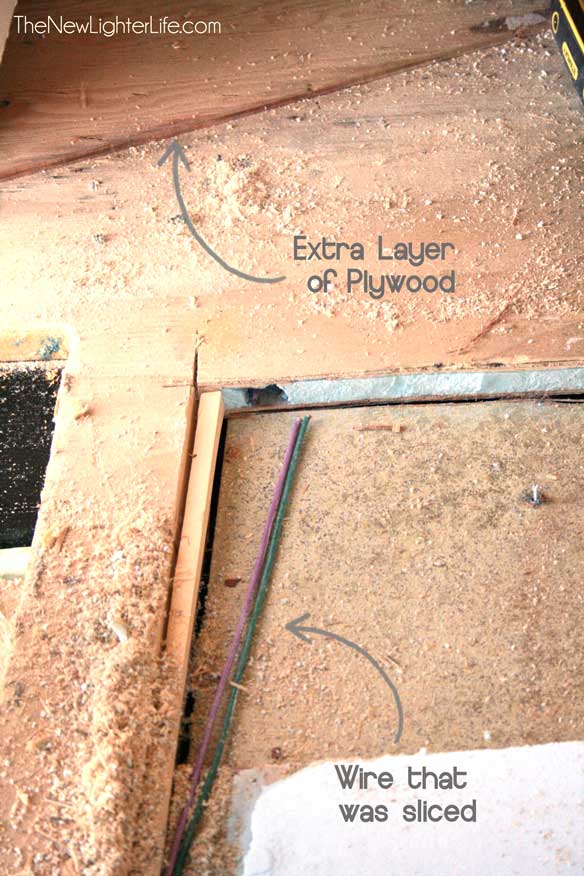 So Mark bought some wire and patched up the cut wire.   Better safe than sorry.

The 2X4 rigging has worked like a charm.  The floor is solid now and not one bit squishy.

The only thing that is not a positive about this change is that the vent in the master bedroom cannot be closed because of the bracing 2X4 that blocks the vent.  But this was the best solution we could find and we’re pretty happy about not having squishy floors anymore.

In the picture above, you also see the extra layer of plywood that had to be removed.

Mark used an oscillating saw to cut around the edges of the cabinet baseboards and popped the extra layer off. Millions of staples followed but that puppy is cleaned up now.

I realize our updates are slow on this and we are really hoping to be done by Monday. 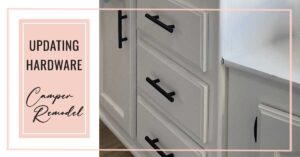 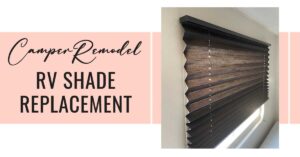 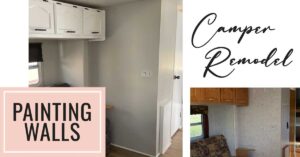 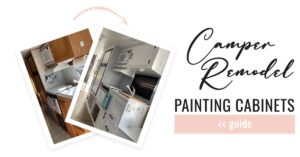