After finally figuring out how to light my camper oven…which was ridiculously simple…embarrassingly…I roasted a pumpkin.  Just one.  It took a few hours and it caused a significant increase in our camper temperature.

I had 3 pie pumpkins leftover from my garden.  I wanted to get them taken care of because I have BIG plans for them, (pumpkin bread, pumpkin pancakes, and pumpkin fotato soup, and pumpkin bars. 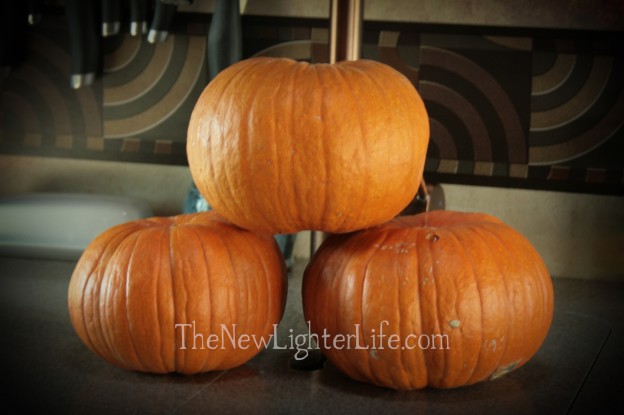 Since it’s been unseasonably warm, I wanted to avoid the oven, especially with three pumpkins left to cook.

You can cook your pumpkins in the crockpot! 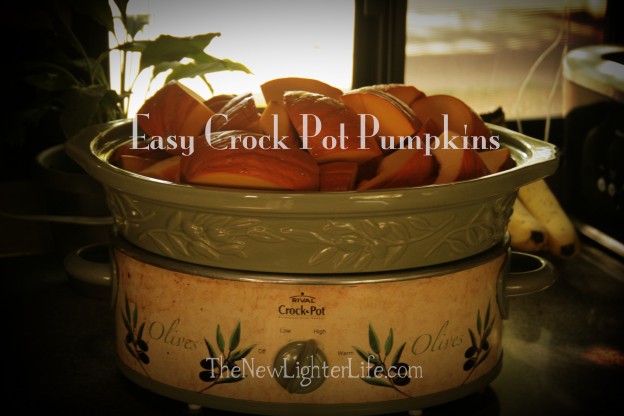 The process is easy, which is slightly modified from here. 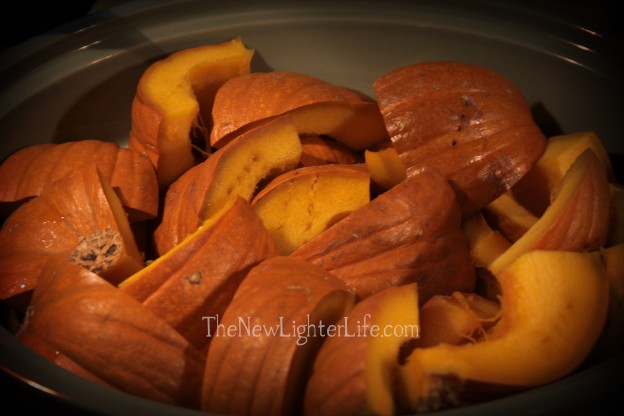 I believe my crockpot is 6-Quarts and I fit 2 1/2 of my pumpkins.  I initially filled my crockpot too full and had to take some out.

It took me two batches but this method is carefree and produces far less heat for the camper. 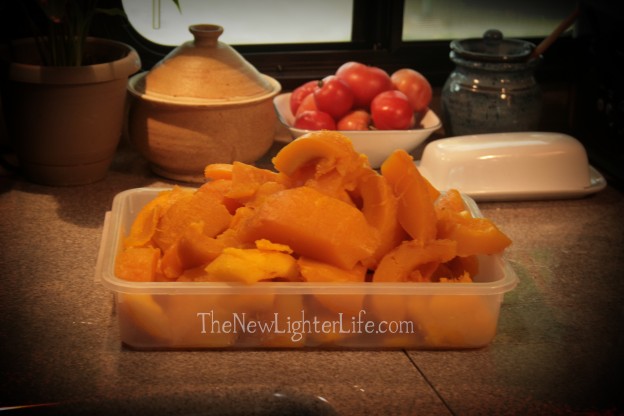 I cut away the skin of mine carefully so I could cube it and can it.  I was able to get 7 pints.  And yes I canned them.

Now, purists will say you CANNOT can pumpkin, but if you do not make a pumpkin puree, you are good to do. 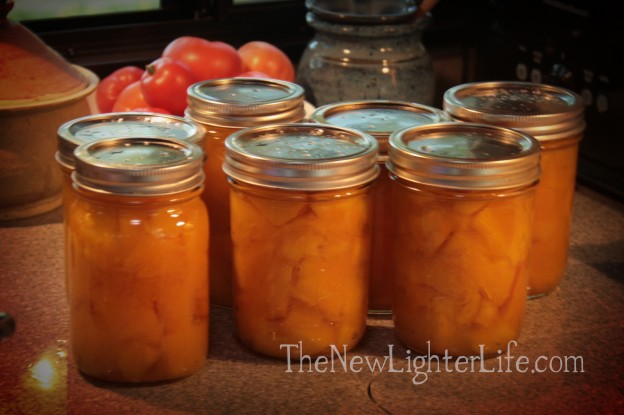 Suffice it to say, I do not think I’ll be canning much in the camper.

Had I remembered that they needed to be pressure canned for 55 minutes I would not have done it.  BUT since I had already prepped my jars, and filled them, I pressed on like a good girl scout.

I found instructions for canning pumpkin here. My pumpkin harvest last year was dismal.  In spite of the drought we had this year and my lazy watering…I got 6 pie pumpkins from one plant.  Good enough for me!

How was canning in the Camper?

It took a LONG time to get the canner hot enough.  And remember the heat I was complaining about?

Ummm…yeah, we were roasting.  I should have saved the seeds from the pumpkins and just laid them out on the counter. Could have multi-tasked and dried them in the roaster of our camper.

Do any of you full-time RVers can?  Or was that something you gave up?

Mission accomplished on the canning but I may need to admit defeat.  Can’t win them all I suppose.